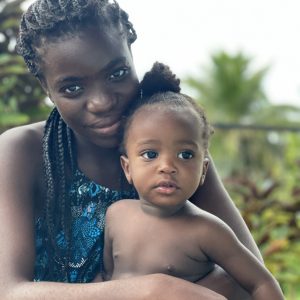 I met Tania years ago at an orphanage for children with special needs. She was 10 years old when she arrived with her older brother who has profound disabilities. At first it was believed that Tania had special needs as well, but as it turns out she was just extremely malnourished. With her physical needs being met, she grew into a healthy, beautiful young woman. Tania dreamed of becoming a doctor to better care for children, like her brother, who so desperately need quality care.

Tania’s family was from Haiti and had come over with no documents, so it was with difficulty that the directors of the orphanage got her registered in a local private school. After high school though, doors began to close. The directors tried to get Tania’s documentation but were unable to. She was denied further education. No identification also meant she couldn’t get a steady job of any sort, open a bank account, get a cell phone plan, and so many more things that we take for granted.

Tania decided to make her own way. Still a teen, she left the orphanage, moved in with a boyfriend, and became pregnant.  She and the baby’s father are doing their best to make a life for themselves and their son, but Tania’s lack of documentation has made their journey a hard one. When their son was born, they tried to get their son’s birth certificate, but because Tania had no birth certificate herself, the authorities would not register him.

Still pursuing her dream to work in medicine, Tania was able to enroll in a nursing assistant course. She completed the course work, but when it came time to do the practical portion of the course in a local hospital, she was unable to participate due to the lack of ID. Tania continued to seek work, but was denied over and over, because she had no form of identification.

Foundation for Peace National Director, Pastor Valentin was able to work a miracle in Tania’s life by helping her get her Haitian birth certificate. Her birth certificate means she can finally register her son as well and get his Dominican paperwork. Once her son is registered and declared a Dominican (due to his father’s citizenship), Tania can begin paperwork for her own residency in the Dominican Republic by virtue of having a child who is a Dominican. When I met Tania to give her the birth certificate she told me, “I’m finally a real person.” She was grinning from ear to ear and both of our eyes welled up in tears.

All Tania needed was a small intervention and a little financial support to make her future and that of her son bright. For only $50, individuals like Tania have a pathway to dignity – working, saving money, getting legally married, pursuing higher education – all the things we take for granted.

Pastor Valentin has been specially trained in the complexities of collecting the information for these birth certificates and has already compiled the needed information for hundreds of people. He has forged a partnership with the Haitian consulate and is ready to help the thousands of others who share Tania’s plight.

Will you help us help those who want to make a life, but lack a simple document? Help others go from hopeless to hope-filled today! Donate at https://www.foundationforpeace.org/undesignated-donation/